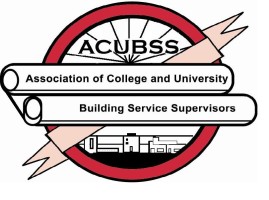 To advance the highest standards of professional management, modern methods, and educational programs in the institutional custodial care industry. ACUBSS will provide it’s members with a forum for the exchange of information and ideas to help them better serve their respective institutions.

The origin of the Association of College and University Building Service Supervisors (ACUBSS) came about because of a need that the Housing Division had at the University of Illinois in Urbana-Champaign during the semester break in December of 1979. They were preparing for the arrival of 17,000 conference quests from the Inter-varsity Christian Fellowship group, of which 13,000 would stay in their residence halls and would move in on December 26th.

During the morning of that Christmas Eve, they discovered that 3500 sets of their linen had been taken for use in off-campus housing, and they were not retrievable. They tried desperately to find a source that could help them out. They even called several military bases with no success.

Eventually, they made contact with Hank Hocenic, a Building Service Supervisor at Illinois State University in Normal, Illinois. Hank was able to furnish them with most of the items that they needed. They also contacted Bill Rush at Eastern Illinois University in Charleston, Illinois. Bill furnished the rest of the items. To say the least, they were very thankful for the help, consideration, and cooperation that they received from the two supervisors and their universities. The U of I had a major problem and these two universities were a big part in solving the problem.

During the following year (1980), Mel Schriefer, Sr., Manager of Building Services, put considerable thought into an idea of doing something that would open avenues that would bring about an exchange of work-related methods and ideas that could be shared by all of the Building Service Supervisors from the colleges and universities throughout the state of Illinois.

In the past, they had traveled considerable distance on many occasions just to see demonstrations of products and equipment. The settings usually reflected sole promotions. They thought those sessions were of little value to them because product and equipment information were available to them only from local vendors. Mr. Schriefer was looking for sessions that would be educational and helpful in dealing with human needs and problem aspects of our employees and their operation:

Mr. Schriefer went to his supervisor, told him about his idea and of a plan that might work. He made up a mailing list and decided to set up the first seminar to be held on the University of Illinois campus. They chose January 27, 1981 as the date. Mr. Schriefer was concerned about both the weather and the turnout. A week before the seminar, four institutions had agreed to attend. On the day of the seminar, the weather was beautiful and eight colleges/universities showed up:

The agenda was on absenteeism. They had a round robin, a good meal, and a tour of the University of Illinois Assembly Hall. They wrapped up and really felt good about the kick-off of the idea they wanted to try.

Mr. Schriefer was enthused over the success of the first seminar, but he knew that it would generate a lot of work ahead, and he would have to look to others for help and advise in order for the program to continue and grow. Milliken University hosted the second seminar on their Decatur campus. Milliken seminar was a good , and it helped bring more interest and planning.

Early 1982, The Association came up with a constitution and by-bylaws, and agreed to call the group, Illinois Association of College and University Custodial Supervisors (IACUCS). After several seminars, it became apparent to the officers and the Board that something would have to be done about using “Illinois” in the title because they were drawing attention from other states.

Over the years the constitution has been upgraded. In 1985, the organization’s new name was changed to Association of College and University Building Service Supervisors (ACUBSS).

The constitution changes laid the ground work for the Association to work towards developing a membership program, and a means to generate income which could be used to enhance the functions of the Association. It would also build programs of good value that would eventually help Building Service Supervisors throughout the nation to improve their programs, to have a source to go to when they have a problem, or if they simply wanted to contribute information or ideas to help the Association or our Building Service profession.

The Association is on solid ground at this time. We have a checking account, an adequate treasury, a membership from colleges, universities, public schools and hospitals all over the United States.

The Association has come a long way since 1981. There is a lot of room for growth, especially since we are probably the only organization of this type in the country. There is a great need for what we are doing. We have always had a governing body that has been, and still is, made up of ambitious people who like to see things happen. 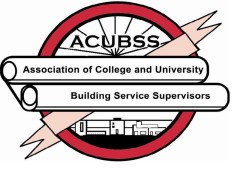